Nature at its best

Wild flowers and grasses scattered along the edge of a field

My first siting of the dove-tree, pocket handkerchief tree, or ghost tree,

A covering of snow

A cluster of Greater Speedwell growing in a small ancient woodland

A garden on the wall

Short-listed in CUPOTY One colour

A green tone from reflected light passing through the window

A sense of movement

Looping stems of the Papaver rhoeas

An ornage tree grows in the ruins of a former church

The spring light highlights the delicateness of this prunus blossom

This sturdy succulent plant surprised me by throwing out red stems of delightfully tiny, bright pink and yellow flowers.

A safe resting place for this snail

A stunning flower head of blues and greens from Lady Whincups cut flower farm. Lit up by the morning sun.

Every year I wait for these tiny buds, there is something appealing about they way they cluster

Opening up on a warm dewy moring

Sun rising behind the young oak tree. The ground beneath is dusted in frost.

Location: One of Decembers IOM winners 2017

A field of carrot flowers turning to seed

Dancing in the wind

Location: One of April's IOM winners

Basking in the early morning sun. 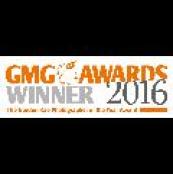 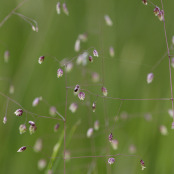 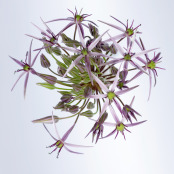 I glanced down on this Allium cristophii. Most of the small flower heads were closed-up. What drew my eye was a this delicate circle of open flowers almost linking up around the circumference. Another of nature's fascinations.

Such a delicate flower

This Rosa 'Remember me' came out in January and withered. Covered in icicles just before sun rise is looks rather graceful.

Seeking the last of the sunlight

I just love the colours of this winter viola

Winning image of the month October 2014. Spliting seed head of a Yellow Flag with seeds poised to fall

The bubbles on the head of this Toad Lily fascinated me

Commended IGPOTY 2014. I like the architectural structure of the sea holly and its solitariness

The proximity of the spathes of this Spathiphyllum lynise convey a sense of peace, as suggested in their everyday name Peace Lily

Winning Image of month February 2014. Close-up of the raindrops on the petal.

I've gone for simplicity. Focusing in closely, looking upwards and capitalising on the blue of the sky.

I was drawn by the brightness of the berries gently swaying.

The contrast in colour attracted me, the teeth-like seeds once neatly compact are now slipping out of their casing. The end of one life and the beginning of another.

The up sweep of the bud caught my eye

Up close, I was surprised by the subtle shades of colour at the centre of this flower

Location: My garden in Sufolk

The thin spider thread spanning this Cosmos drew my attention, it glistened in the sunlight.

I just loved the way these slender Muscari leaves curled and linked up with each other - another couple tying the knot in April!

Th frost was still clinging to the petals but just beginning to melt, when I took this in the early morning. There is a hit of sun in the background, which gives a lift to the crocus silhouettes. Winning image of the month.

The single turned down petal caught my eye. Winning image of the month

I am fascinated by the complexity of these folded fennel flower heads. Finalist IGPOTY 2009.

Poppies are my passion and I could not rest this petal hollow holding on to these stamens.

The tranquility of thunder

This dead elm in the reed bed was suddenly transformed by rolling thunder.

On the odd occasion my Pelargonium produces these very small seed heads with their exotic fans. Photographing them is challenging. They are tiny, they constantly move, they are positioned at awkward angles but they are stunning. Winning image of the month.

I was attracted by its slightly ghostly feel, an effect of the blurred out background, enhanced by the splash of orange. PGPA Winning image of the month.

Garden Media Guild Photographer of the Year, one of four finalistst